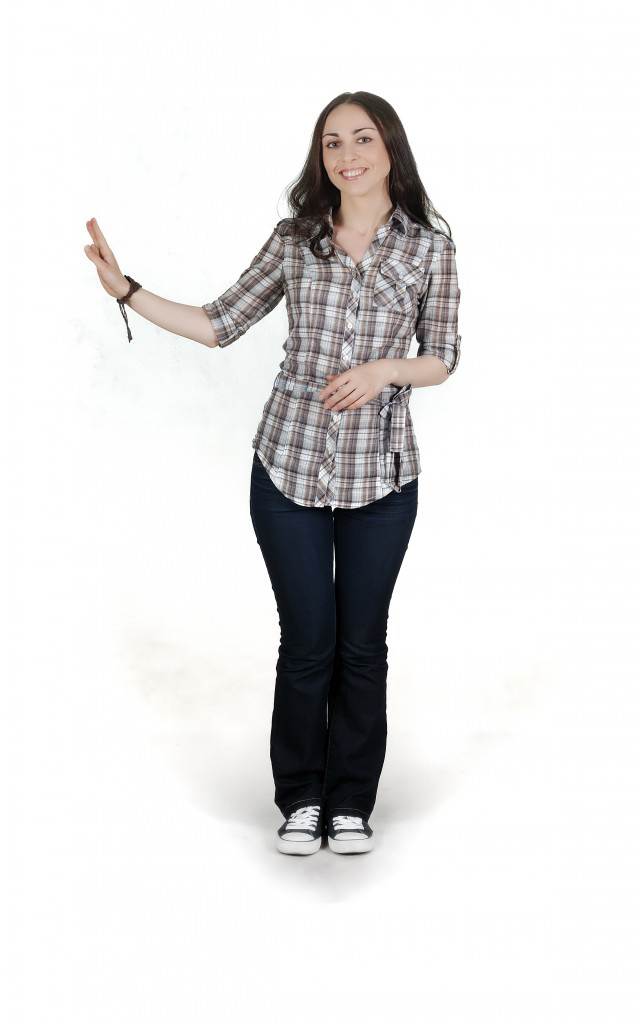 ...In 2006, I graduated from drama school "I" at the Moscow Armenian Theater of Glory Stepanian, who taught me everything I know on stage and in life. When I came to the Studio, I don't even particularly seriously dreamed about the stage, didn't make big bets on the profession and skill was involved in his own pleasure. But if I like something, I will certainly squeeze the max! So I did. When I realized that the Studio taught by the best teachers from Moscow GITIS, School. B. Shchukin Theater, I decided to take all the best that they could give us. I was so immersed in the process of understanding the acting craft that did not notice, when received the diploma of the professional journalist, and when he decided that not leaving the theatre why I didn't have to. I just decided. And I have no regrets... I don't even know where could be my place in addition to the theatre? I heard that we should not be able to live without or to live without him. I don't know how. And therefore, theatre is my life, but this life is fun, bright, this would not change for anything in the world...

And Now I am the actress of the Moscow Armenian Theatre under the direction of Fame Stepanian, where I play many interesting roles. The lives of my heroines (and heroes too) takes me to oblivion. It is totally different, each in its own way, interesting life, and I understand that having lived at least one of them, I could be happy... But only I can live them all again and again; and only on the stage, where everything is not real happiness, truly breathtaking.

In 2006, he graduated from the drama school "I" at the Moscow Armenian theater under the direction S. Stepanyan.

In 2008 he graduated from the faculty of journalism of Moscow state pedagogical University them. Sholokhov.

the Teacher on scenic speech at drama school "I" at the Moscow Armenian Theater and in the theater Studio "Art-master".

the Actress of the Moscow Armenian theatre p/R S. Stepanyan since 2002.

"Wai, Wai, or voyage ... in Armenian!" (the play by G. Ter-Aleksanyan "a pilgrimage to the Church of St. Gevorg in Teleti or Pictures of the old Tbilisi) — dir. S. Stepanyan, role – Copia;

"the Court is ..." (on the play of P. Zeytuntsyan "be upstanding in court!") – dir. S. Stepanyan, the role is the mother of Soghomon tehleryan, Mrs. Ditman;

"the adventure of the Armenian hunters" (on the story by O. Tumanyan's "the liar Hunter") – dir. H. ghalechyan, the role of the – father;

"the Princess and the pea" (musical fairy tale by Hans Christian Andersen), the role of the Queen;

"Antigone" (based on the works of Sophocles and Jean Anouilh) – dir. N. Kasenkova, role – Antigone.

The winner of the International theatrical festival of solo performances "Maria" (Kiev, 2012)(the Main prize of the festival "Silver medallion "Maria"

the winner of the international theatrical festival of mono-performances festival "Solo" in 2010;

the diploma of the V festival competition of national theaters "Moscow – city of peace" 2008;

V. the winner of the competition festival of national theaters "Moscow – city of peace" 2009;

Diploma and gold medal of the international Armenian festival "Karot" 2008;

the Diploma of the international Armenian festival "Karot" 2010;

the Diploma of the Ministry of Culture of the Republic of Armenia 2010;