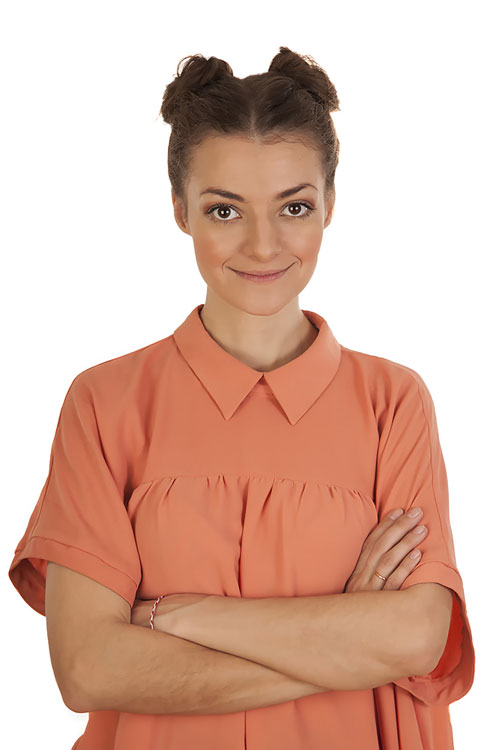 In 2011, he graduated from the Moscow State University of Culture and Arts (acting Department)

"Wai, Wai, or voyage ... in Armenian!" (the play by G. Ter-Aleksanyan "a pilgrimage to the Church of St. Gevorg in Teleti or Pictures of the old Tbilisi) — dir. S. Stepanyan, role – Nino;

"the Effect of bogarne" (girlfriend of the oligarch),

the short films of Cinematography and WSRC.

host of "the Alphabet of childhood"

The Annual youth festival-competition of student creativity in the field of theatrical art "the Left coast 2011":

The Winner in the nomination "Best actress" for the role of Gittel in "Two for the seesaw" ;

"The Prize of spectator sympathies" for the role of Gittel in "Two for the seesaw".